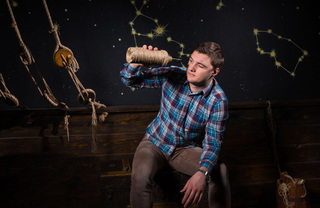 Who doesn’t love a good bit of escape game action? If you call any of the apartments in the Bay Area home, you should rejoice, as the area hosts some of the best escape game options around. Ranked in a recent feature on escape game spots, the five best establishments are laid bare for you to see and select your favorite. What lies in store for you when you go, however? That’s exactly the question we plan on answering today, as we take a closer look at these escape game hotspots and what they offer for the public.

What in the World Is an Escape Game?

Succinctly put, escape rooms are an emerging form of “reality entertainment” that challenges groups of players to escape from an enclosed area, making use of various clues and attempting to manipulate their surroundings. Think of it as a real-life puzzle that tests the wits and on-the-feet-thinking of its participants, that can take on various themes.

Those themes can vary, from Victorian-style mystery house to outer space adventure, and are usually relayed through some form of backstory, told by audio/video logs, a host, or some other means. Players have a limited amount of time to solve the clues, so quick thinking is a must. It adds a heightened level of excitement to the game, and makes for a riveting experience all around.

A final note on what makes this sort of entertainment so popular. Escape rooms don’t require any prior knowledge in order to complete, and everything players need to solve the mystery is within the room that they are contained. What’s more, they’re suitable for most ages, with children as young as ten being able to participate effectively. Now that we understand the concept and the appeal, let’s see about those prime spots in the Bay Area you’ll want to check out when you have the time.

As we mentioned previously, there’s already a top-five ranking for escape rooms in the San Francisco area, compiled by Hoodline:

“We used both Yelp data and our own secret sauce to produce a ranked list of the best spots to venture next time you're planning a great group outing.”

In order, their listing is as follows:

While there are some similarities between each spot, there’s also plenty that makes each unique, which we will explore as we detail each location.

Located at 3362 Palace Drive, you’ll find the aptly named Palace Games, home of the Roosevelt, Edison, and Houdini escape rooms. Palace Games certainly has the accolades to back up their boisterous marketing, as they’ve been ranked “best escape room in the country” by Top Escape Rooms Project, hold the #2 slot on TripAdvisor’s “Fun and Games in San Francisco” list, and their three escape rooms hold the top three spots on Escape Room Tip’s “Best Escape Rooms in the Bay Area” listing. This is, without a doubt, the top-tier experience when it comes to reality puzzles, and you and your group should have a blast with any of their rooms.

Located at 122 Ninth Street, Reason has more of a “hi-tech” theme going on with its presentations, as evidenced with room offerings like “Reactor Escape” and “Crash Site Escape.” Part of their draw is the team-building aspects their puzzles promote, but it’s not the only “reason” this spot is so popular. That high-tech focus allows visitors to peer into the future of technology with gripping science-fiction storylines and the ability to use such gadgetry as VR, drones, holograms, and 3D-printing. You can get a pretty big group going on here as well, with their Crash Site Escape room accommodating up to 30 players. No special skills required, either. Just get your friends together, and go have a great time.

1067 Market Street is where you’ll find the ClockWise Escape Room. They bill themselves as the “ultimate group gaming experience,” and have a number of multi-room escape puzzles that blend hi-tech and great storytelling to create a truly immersive experience. You’ll grapple with riddles, trivia, treasure hunts and more as you attempt to escape, and their rooms range from 2 to 8 player experiences. There are four in total: the Asylum, Party in Vegas, the Paranormal Experiment, and the Incredible Machine. Like the other options on the list, they’re great for team building, or just if you want to head out and have a fun time.

Head to 602 Kearny Street and you’ll find EscapeSF, another of the Bay Area’s most beloved escape room challenges. Like ClockWise, EscapeSF features four separate escape experiences: Escape From Alcatraz, Escape From Antique Room, Escape From Blind Tiger Bar, and Escape From Space Bus. Throughout these experiences, you’ll face various puzzles and challenges, and work furiously against that one-hour time limit to escape. As a final note, EscapeSF does wonders with their special effects, all of which add to the immersion and help make the rooms more memorable.

Over in the New People shopping mall at 1746 Post Street lies Real Escape Game. Rooms here include Pacific Rim: Shatterdome Defenders, Spellbound Supper, Escape From The Puzzle Room, Escape From The Jail, and Popstar’s Room Of Doom, and each accommodates a fair amount of players, allowing you to bring the gang and have a grand old time.

A Nice Diversion For the Apartments in the Bay Area

Everyone needs a bit of fun every once in a while, and game spots like the ones we detailed today fit the bill perfectly. The best part is that they aren’t that far from some of the Bay Area’s finest apartment communities, like Vintage. Tucked away in quiet and coveted Pleasanton, this is just the sort of place you’ll be proud to call home. Ready to experience life in the Bay in a whole new way? Check out what Vintage has to offer, and inquire about calling one of these stellar apartments your very own.