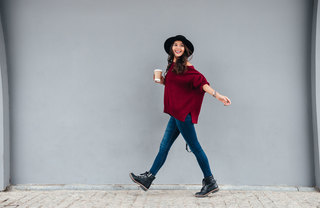 Just one look at the Pleasanton area and the fabulous San Francisco apartments for rent, and you can tell this place has a lot going for it. In addition to the lovely climate and beautiful scenery, this town is now well-known for being one of the safest places to reside in the sunny state of California, according to data gathered from SafeWise:

“Pleasanton was named among the safest cities in California, according to SafeWise, an online safety resource, which analyzed the state's communities to find the 50 safest cities. For perspective, the Golden State has a total of 482 municipalities.”

Just what makes Pleasanton such a safe place to live, and how was this new ranking for the city calculated? Today, we’re going to delve into both questions, as we take a quick look behind the reasons Pleasanton is the place to be for staying safe.

While Pleasanton didn’t quite make it into the top slot on the list of California’s safest cities this time around (that distinction goes to Danville), it did make some significant strides in its ranking, moving up to the 19th ranked spot. SafeWise, who compiled the list, used data from both the 2017 FBI crime statistics and census population data, and, if you’re just looking for the quick overview, Pleasanton is doing a better than average job of keeping crime low:

What, though, is contributing to Pleasanton’s low crime rates and safe streets? It’s a multifaceted issue, but at least part of Pleasanton’s pleasantness can be attributed to its affluence. There’s plenty of research suggesting that education and wealth can help reduce the likelihood that an individual will turn to crime, and at least one paper published in 2003 by The University of California Berkeley, The Effect of Education on Crime, lays it out in no uncertain terms:

“There are many theoretical reasons to expect that education reduces crime. By raising earnings, education raises the opportunity cost of crime and the cost of time spent in prison. Education may also make individuals less impatient or more risk averse, further reducing the propensity to commit crimes.”

Their conclusion is clear, that “schooling significantly reduces criminal activity,” and when it comes to education, you’ll find Pleasanton has it in spades. A look at the town’s population shows that a whopping 85% have, at the minimum, had some college experience, with high percentages obtaining bachelors and graduate degrees:

And as the Berkeley paper noted, there’s a link between education and income, which Pleasanton is also well-known for. The median family income in Pleasanton is $138,269, while the median income for married couples is $168,786. With that affluence comes a reduced likelihood of criminal activity:

“Burglars are calculating and risk averse. As such, the possibility of more lucrative targets in affluent neighborhoods may be offset by the relative risk associated with their acquisition. Indeed, there are a number of factors that discourage offending in well-off neighborhoods.”

Now, part of this is because of the distance that often exists between affluent and impoverished areas. As Alyssa W. Chamberlain and Lyndsay N. Boggess note in their USAPP piece, “traveling to different areas entails greater risks and increased effort,” hence, many a potential criminal is more likely to stay close to home if they intend to commit any illicit acts. What’s more, that distance creates a lack of familiarity on the part of potential criminals, making it more difficult for them to assess what targets are potentially valuable. Finally, the high levels of community that exist in areas like Pleasanton make them a much less appealing target for criminal activity:

“Residents in well-off neighborhoods tend to be more socially connected, which facilitates the ability to collectively address problems such as crime or be on the lookout for someone who does not belong. Indeed, robbers have admitted that they avoid targeting areas where watchful residents might intervene.”

Another factor of note is the age of Pleasanton’s population. Crime, by and large, is a “younger man’s game,” with the age group with the most arrests for criminal activity being those under 25 years of age. Care to take a stab at what Pleasanton’s median population is? If you guessed 42, you’re on the money, and most of Pleasanton’s residents are over the age of 25 (with close to 64% being married). Most people in Pleasanton are well past the age of engaging in crime, and focused on more positive pursuits like enhancing their careers, enriching their lives, and raising their families.

This is all to say that Pleasanton has a good mix of factors going for it that contribute to its status as a low-crime, high-safety city, and one that’s perfect for enjoying a balanced and relaxed pace of life. And make no mistake, there’s plenty to enjoy in Pleasanton. From the local stores to the wide open parks and recreational spaces, this town has a little something for everybody, and being a safe place to live only adds to that marvelous appeal.

These San Francisco Apartments for Rent Are the Place to Be

For a great spot in one of California’s safest cities, few places can rival the style of Vintage. This luxury apartment community takes “exceptional” to a whole new level, providing you with the pinnacle — from the spacious residences to the outstanding amenities and beyond. Coupled with its perfect positioning near historic downtown Pleasanton, and you’ve got all the ingredients for East Bay apartment living done right. Ready to experience the wonders for yourself? Drop us a line and learn more about how you can make a spot at Vintage home.