Up to 3 Weeks Free on Select Units 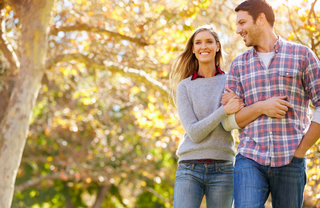 The name is something of a giveaway, but it’s true that the apts in Pleasanton, CA are one of the safest and most desirable places to live in Alameda County. Check the 2017 rankings on Niche, and you’ll see that the suburb ranks 58 out of 256 in California, 29 out of 184 in the Bay Area, and an amazing 1 out of 14 in the whole of Alameda County in terms of safety. What makes Pleasanton such a secure place to live? Read on, as we explore what the town has been up to to keep its residents safe.

A Word On What The Rankings Show

To better understand the safety of Pleasanton, it’ll be helpful to get an idea of how Nice arrived at their ranking decision. If you check their page, 2017 Safest Places To Live Methodology, you’ll get a pretty clear breakdown of how they arrive at their numbers. Using crime rates from the FBI Uniform Crime Report and self-reporting from Niche users, they assign a safety grade to the various localities they rate.

Crimes are weighted differently, with assaults and robberies making the bulk of the score, then murders, burglary, vehicle theft, and larceny heading up the rear. For their analysis, they apply a measure of “statistical vigor,” which they use in conjunction with algorithmic techniques to arrive at their determination. It’s a fascinating process, which you can read more about here and here.

Now, onto why Pleasanton has been able to achieve such a high ranking on lists like these. As one top reviewer on Niche notes, it’s a “quiet and wonderful city to grow up in.” One that an individual can “wander around downtown without having a single worry about crime.” This assessment isn’t that far-fetched, when taking a look at the crime numbers per 100,000 residents:

All these numbers are below national averages, prompting the question, why? The most immediate answer that jumps out is the area’s affluence. As you might already be aware, there is a complex relationship between levels of poverty and crime in regions across the globe:

“There is substantial evidence indicating that poverty is associated with criminal activity, but it is less clear that this relationship is causal or that higher levels of poverty in a neighborhood, a city, or a nation necessarily translate into higher levels of crime.”

As outlets like New Republic and The Conversation point out, an uptick in poverty or economic hardship doesn’t necessarily mean that crime will increase in an area, but, parts of the country that are better off generally do experience reduced rates of violent crime.

This is a place where people are largely uninhibited by crippling economic pressures one might find in a poorer, and more crime-affected area. On top of that, though, the residents of Pleasanton are, on a whole, reasonably educated. Only 5 percent of the population here has less than a high school diploma (whereas the national average is 13 percent). The breakdown of education levels goes as follows:

Those last two are of particular note, as they both outpace the national averages of 19 and 11 percent, respectively. Pleasanton is an area in which most of the populace is educated, further reducing the likelihood of criminal behavior. It’s reflected in the public school system as well, with several of the K-12 institutions making the list of Best Public Schools In California, and many receiving an A or A+ ranking from Niche.

So, the area is well-educated, well-off, and family oriented, partly owing to its status as a safe suburb. Another component, though, is in Pleasanton’s approach to policing crime. As noted by the Pleasanton Police Department, they’ve made an “intensive effort” to embrace the concept of 21st Century Policing.

Outlined in this document, The Final Report Of The President’s Task Force On 21st Century Policing, the overarching goal is to increase trust between police departments and the communities they are sworn to protect:

“Trust between law enforcement agencies and the people they protect and serve is essential in a democracy. It is key to the stability of our communities, the integrity of our criminal justice system, and the safe and effective delivery of policing services.”

Integral to this idea of modern policing is shifting the mindsets of law enforcement officers, implementing proper policy and oversight to guide officer behavior, embracing tools like technology and social media, increasing community policing to reduce crime, increasing training and education, and putting a focus on officer wellness & safety.

The section on community policing is quite telling, as it is a key pillar in helping departments like the Pleasanton PD earn the respect of the community:

“Community policing starts on the street corner, with respectful interaction between a police officer and a local resident, a discussion that need not be related to a criminal matter. In fact, it is important that not all interactions be based on emergency calls or crime investigations.”

This forward-thinking approach allows officers to enforce laws with the community and not just on the community, greatly increasing their efficacy. You can read more about how the city of Pleasanton has been taking these lessons to heart in the Implementation Report Of The President’s Task Force On 21st Century Policing For The Pleasanton Police Department, and learn more about how Pleasanton has been stacking up against neighboring suburbs in this recent East Bay Times report.

It’s Official: The Apts In Pleasanton CA Are A Safe Place To Live

And beyond being safe, communities like Vintage are exceptional. Located conveniently close to historic downtown, this haven provides residents with the best in floorplan selections, modern luxuries, and happy neighbors for a lifestyle that must be experienced to be believed.