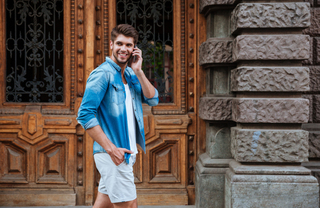 The areas around San Francisco are amazing if you’ve got a penchant for eyeing outstanding architecture. While buildings like the new apartments in the Bay Area provide a contemporary take on the design tastes of Northern California, they aren’t the only representation of Cali style.

One need only take a trip to the historic downtown area in Pleasanton to see the breadth of the area’s architectural evolution, covering all manner of styles dating back to the mid-19th century -- Gothic Revival, Pioneer, Italianate, Colonial Revival, Queen Anne, etc.a

Sound interesting? Then read on, as we dive into Pleasanton’s historic downtown architecture and highlight the styles and stories of some of the most prominent buildings in the area.

According to Downtown Pleasanton’s History & Culture page, the town’s buildings represent a range of architectural styles. Let’s take a look at the most notable, shall we?

This mid-19th Century revival style was popular in the United States from the 1860s to around the 1900s, and representative of the architectural conventions that were popular during the latter part of Queen Victoria’s reign. It was subdivided into several other styles, which included Second Empire, Stick Eastlake, Folk Victorian, Queen Anne, Richardsonian Romanesque, and the Shingle style. In Pleasanton (and other areas around the Bay where the Victorian style was notable) the main sub-varieties you’ll find are the Richardsonian Romanesque and Queen Anne.

This style, ThoughtCo says, was “the most popular style in the US from 1840 to 1885.” It makes sense, then that it would find representation among Pleasanton’s trendiest historic buildings. The style draws inspiration from the Italian Renaissance, and, in England, gained prominence with the picturesque movement. During this time, they state, “architecture not only became integral to its surroundings, but also became a vehicle for experiencing the natural world and surrounding gardens.” In the United States, architects caught onto this style and imported it from England to the Americas, adding their own flair which can be seen in the buildings they created.

The Mission Revival architecture style is a uniquely Californian one, influenced by the Spanish settlers who once inhabited the region. According to Antique Home Style, Mission Revival “borrowed heavily from the Spanish missions that are found along the California coast from San Diego de Alcalá to San Francisco Solano,” and, owing to the Southwest American climate, featured plenty of “roof parapets and simple stucco or plaster siding.” Other characteristics of the style include broad eaves, exposed rafters, gabled roof tiles, twisted columns, and twisted columns.

This is one of the “most classic, understated house styles” in the United States, according to Antique Home Style. Colonial Revival saw immense prominence in the 1890s, following 1893 World’s Columbian Exposition in Chicago: “prominent architects from across the US competed to out-do each other with their designs in what was then called the ‘White City.’ During the day, the buildings were white, but at night the magic of the city transcended anything seen before; all the buildings were lit in electric lights.” The style, which features symmetrical façades, rectangular masses, medium-pitch roofs, and numerous, multi-pane windows, caught on in Pleasanton as well, and can be seen in many of the building that dot the historic downtown area.

Houzz claims that the Craftsman architectural style traces its roots back to California: “craftsman homes were primarily inspired by the work of two architect brothers — Charles Sumner Greene and Henry Mather Greene — who worked together in Pasadena, California, at the turn of the 20th century.” The brothers drew inspiration from the English Arts & Crafts movement, combined with Oriental-style wooden architecture. Defined by low-pitched roofs, large front porches, and plenty of exposed wooden structural elements, these houses represent a return to simplicity, and their bungalow-like appearance fits in well among the wonders of Pleasanton.

From 1920-1940, the Art Deco style enjoyed major prominence in American Architecture. Unlike many styles that came before it, the Art Deco style is one that looked forward to the future rather than backward into the past: “the development of this architectural style was an intentional break with past precedents in an effort to embody the ideas of the modern age. It was the first American architectural style to look forward rather than back, as the case with the preceding revival styles.” It’s typified by sharp edges and stylized geometry, making it stand out readily among many of the other beautiful historic buildings in Pleasanton’s downtown.

Streamline -- this is the one word above all others that sums up the Moderne architectural style. It makes sense, since much of the inspiration of this style comes from the idea of moving through the air: “elements of Streamline Moderne were strongly influenced by studies in aerodynamics, or the way air moves around objects, and ballistics, the study of how projectiles move in flight. And yes, that meant things like bullets. It was the modern age of machines, and that modern world filtered into many aspects of design.” These buildings add a contemporary, forward-thinking touch to Pleasanton’s buildings that was born out of the previously dominant Art Deco style.

You’ll see representations of these fascinating architectural styles in many of Pleasanton’s most well-known buildings. Here are a few to keep your eyes on.

Museum On Main -- This museum houses the history of the Tri-Valley area and once served as the city’s City Hall and library. This building sits on Main Street right in Pleasanton’s historic downtown.

Hacienda Del Pozo De Verona -- This mansion, designed by AC Schweinfurth for Phoebe Hearst, Was constructed 1898 and sat in the Amador Valley region. Though it was destroyed in 1969, it was an amazing depiction of the Mission Revival style.

Amador Theater -- This theater, a part of Amador Valley High School, is another that shows off the unique look of many of Pleasanton’s buildings. Head down Santa Rita Road to marvel at this piece of fine city architecture.

Of course, there are plenty of other buildings that fit that Pleasanton style, so be sure to tour the city, especially downtown, to get a look at all of the exceptional edifices.

Apartments In The Bay Area Are An Architectural Treat As Well

At communities like Vintage, you’ll get another take on California architecture at its best. This building sits beautifully against the landscape of Pleasanton, and is conveniently located near all its treasures. Be sure to check it out today.