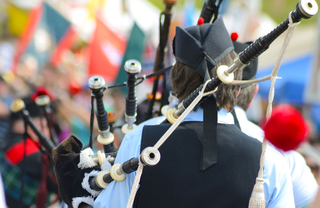 This September, among the tranquil calm of the apartments in the San Francisco area, there will also be a most exciting celebration. As Labor Day Weekend rolls on, the Caledonian Club of San Francisco will be gathering at the Alameda County Fairgrounds in Pleasanton to champion a rich Scottish Heritage:

“Join VIP Guests Gary Lewis, Chief of Clan MacKenzie in TV's Outlander, and Hafthor "The Mountain" Bjornsson from TV's Game of Thrones, as we celebrate Scottish culture, cuisine, competition and entertainment at its very best, right here in California.”

This, the 153rd consecutive showing of the Scottish Highland Gathering and Games, will be a momentous occassion. You’ll likely not want to miss everything that’s in store, so we’ve collected all the information you’ll need to enjoy this celebration the right way. Read on, as we talk about the schedule of events for the games, along with some frequently asked questions that will shed some light on what everything is about.

What Is the Scottish Highland Gathering & Games?

“Heavy Athletics Events were being held in Scotland at least 1,000 years ago, and some historians believe that Heavy Events originated during Druid times! Heavy Events began as tests of strength and conditioning for Scottish troops… Over the centuries, heavy events evolved from military exercises into festivals for the Scottish Public.”

Which brings us to the Caledonian Club’s take on such events. Now an annual celebration of Scottish culture, competition, and entertainment, this event started some 153 years ago, when the inaugural games were held on Thanksgiving Day in 1866.

San Francisco had more than its fair share of Scots at that time, as the California gold rush had drawn travelers in from far and wide. While that first event could better be compared to a “family picnic,” according to the official history, it did include some competitive events, including hammer throwing, stone putting, a three legged race, and a blindfolded weelbarrow race.

From then on, the Scottish Highland Gathering & Games became a yearly event, drawing in ever-growing crowds throughout the years. On Labor Day Weekend 2015, the games “attracted record crowds close to 50,000,” making it the “largest Scottish gathering ever in the USA.” This year, will be the 25th anniversary of the games moving to Pleasanton at the Alameda County Fairgrounds, and the 2-day event will be one to remember.

What’s Going Down at This Year’s Games?

Like many before it, this year’s games, the 153rd iteration of the Scottish Highland Gathering & Games, has a lineup filled with fun competitions on September 1st and 2nd:

Those “Heavy Events” are serious tests of muscle and strength. One such test is is “throwing the caber,” a long section of tree trunk. Competitors must toss the heavy object in such a way that the “large end of the pole hit the ground and the pole fall in such a way that the small end will describe a half circle.” The winner is the man whose caber, “having been thrown in the manner described, lands on the ground with its small end farthest away from the throwing point.”

The Scottish Hammer might be one of the most recognizable of the strength contests, and involves a weighty hammer that competitors must catapult as far away from their bodies as possible. Naturally, there are intricacies to these contests that you might want to explore, so we recommend checking out the official website’s heavy athletics page to learn more about each of these amazing feats of strength.

It’s not all about showing off muscle at the games, though. This is a gathering, and one that will be filled with entertainment of all varieties. Music is one fine example, and there will be many a band gracing the main performance stage, including:

You can learn more about these talented musicians on the official website’s entertainers page, and while you’re poking around, might also want to take a look at all the dancing that will be going on too! Perhaps most riveting will be the Open Highlands Dancing Championships:

“The Highlands are performed solo. They have precise, difficult movements and require much stamina and coordination. Highland Dances were originally danced by men only, but now they're performed by far more females than males.”

These steps will ask their competitors to combine great deals of timing and technique to perform them well, and they’ll need to inject some personal flair to take home the big prize.

And all that is just the tip of the iceberg. There’s plenty more that will be happening at the 153rd Scottish Highland Gathering & Games, so be sure to check out everything you can from their website and stay well-informed about this thrilling cultural display leading up to the big day.

Who Knew Scottish Pride Ran Deep Around the Apartments in San Francisco?

If you’re new to the area, that might come as a bit of a shock. What won’t be shocking, though, is how amazing apartments like Vintage epitomize the best of the Bay Area lifestyle. Luxury like this may not be standard everywhere, but it’s something you’ll come to enjoy when you make this part of the East Bay your home. From Pleasanton’s historic downtown to all around, you’ll have access to the very best, and you’ll be proud to call fine communities like Vintage home.